I like to read various Stack Exchange websites, and one of them has a wonderful discussion of how you might divide a sandwich between three people fairly. Most of us are familiar with the two-person version: one person cuts and the other person gets the first choice. But what about if there are three people, or more?

END_OF_DOCUMENT_TOKEN_TO_BE_REPLACED

I just read about a website, accidental aRt, that shows how artistic R graphics can look when things go bad. Wonderful!

Several years ago I became interested in mathematical knot theory, so I got a book called The Knot Book by Adams. I also got the Ashley Book of Knots by Clifford Ashley, which is a 600-page encyclopedia of actual knots in ropes/string/etc. I’d forgotten about both books until last night, when a key plastic piece on our bedroom blinds broke: the part that joins the lower single cord to the upper multiple cords that actually go to the blinds.

I whipped out the Ashley Book and found the perfect bend, #1463, which is good for joining two cords that have different thickness. I’ve shown my results below, but note that the actual knot is in the upper left and the rest of it is just my quick work to make sure that the thicker piece stays bent and doesn’t straighten out and try to pull through. I don’t think Ashley would approve of that part.

END_OF_DOCUMENT_TOKEN_TO_BE_REPLACED

There are many free online training opportunities, and many of them are reasonable experiences. For example, you can watch videos from Stanford on Youtube, and I’m sure other services come to mind. Today I want to recommend Coursera, which I’m pretty impressed with.

END_OF_DOCUMENT_TOKEN_TO_BE_REPLACED

When visitors come to the Washington, DC, area I like to have an off-the-beaten-path option for them. Something that most people would just walk or drive by and not notice. One of these options used to be the Einstein Statue, but recently they’ve redone the landscaping so it’s much harder to miss as you drive down Constitution Avenue.

It turns out that there is a “secret” underground “lair” in DC that you can enter and feel almost like you’re in a James Bond movie. In the photo, below, note the inconspicuous little building between the Smithsonian Castle (on the left) and the Freer Gallery (on the right). Looks like a visitor’s welcome center or something, right?

END_OF_DOCUMENT_TOKEN_TO_BE_REPLACED

Turns out that what we called “heat lighting” as kids — lightning that has no accompanying thunder — is simply lightning that’s more than about 10 miles away. Tonight, while we were out walking, there was a huge lightning storm about 25 miles north of us. There was so much lightning that it looked like it was a timelapse video. I taped 90 seconds on my phone and uploaded it to Youtube.

An incredible pair of glasses for kids that lets adults adjust them without formal training. It uses two lenses with a liquid between them and a small attachment for adding or removing the liquid to adjust them. (More liquid creates more of a bulge, creating a stronger prescription, less goes the other way.) If it works as well a advertised, it could revolutionize education throughout most of the world.

One of my favorite geographic visualizations is by Neil Freeman, where he took a map of the U.S. and kept the physical boundaries and cities, but morphed state boundaries (and renamed them as well) to create a map with 50 states, each with equal population. It’s a pretty amazing mixture of real maps, real data, and imagination. 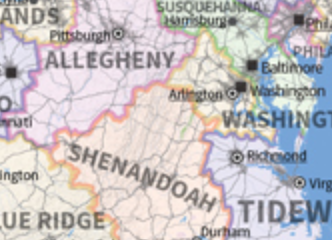 I’ve been using R for years, but decided that I should broaden my horizons (and resumé), so I decided to sign up for an SAS class at the local university, my graduate alma mater. It’s been a couple of hours since that decision and I’ve gotten three vivid lessons in what Customer Service is not. END_OF_DOCUMENT_TOKEN_TO_BE_REPLACED

On a less-technical note (and we will get back to electricity), the Arlington County Public Library held their annual Truck Day today. Here’s a panoramic shot that shows many but not all of the trucks. The fire truck was there for a while, but had to leave for a fire. The police swat truck is on the far right, and beyond it you can see the bus. I wouldn’t have expected it, but the longest lines were to get on the bus!

Language fascinates me, though I took German in High School and never did well, and I’m currently struggling to learn Spanish (though I learn computer languages easily). So while I struggle with particular (human) languages, language itself absolutely fascinates me. Years ago, I also took ancient Greek for three semesters and remember my professor wondering aloud whether the Greek language is flexible because Greeks were philosophers, or whether Greeks became philosophers because their language was so well-adapted to discussing abstract concepts.

First, I highly recommend the book Word Play, by Peter Farb. It talks about everything from how many names for colors languages have and African word competitions, to euphemisms and honorific languages.

Second, the PNAS has an article, “Ultraconserved words point to deep language ancestry across Eurasia” looking at words that have been preserved in various ways for perhaps as long as 14,500 years. The PDF is not paywalled, so you can download it if you want. The abstract is:

END_OF_DOCUMENT_TOKEN_TO_BE_REPLACED

When I was in Junior High School, I wanted to be an architect. I even took a drafting class, and in my spare time designed a city. Never got around to designing actual buildings before my interests turned to physics, then photography, and finally computers.

I still find good architecture to be amazingly inspiring. There’s something about architecture that makes it special: it’s like a monument or a sculpture, but it’s also a space that is itself planted in a space and has a flow. I’ve tweeted about interesting buildings a few times and highly recommend Wired Magazine’s Building-of-the-week page.

Here’s a local building that does three things at once: 1) it has an interesting and attractive design, 2) it has several parts that join the building with a couple of different surrounding architectures, and 3) it includes a replica of the previous building as an element in its design. So it spans both space and time. Very classic.

END_OF_DOCUMENT_TOKEN_TO_BE_REPLACED 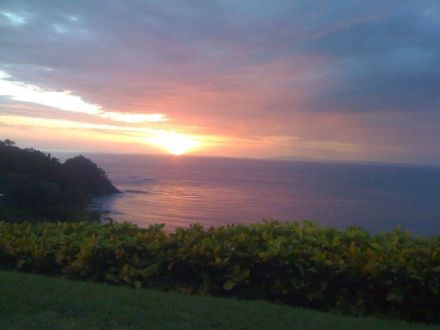 And it struck me that 600 years ago, the ocean might have been a lot like outer space is for us. An unforgiving place of danger (still is, in many ways). The unknown, where the era’s high-tech was deployed. A place where your eyes might see what no other eyes had ever seen in all of history. And a place where you and your nation might gain glory.

The high-technology ranged from ship and sail designs to maps, weapons, navigational tools, and even knowing where land was based on clouds forming or making sense of waves reflected and refracted by islands.

In other places and eras, spices were high-tech — flavor-enhancement and health-enhancement in one package — and empires were built on their trade. Roman soldiers’ gear and tactics were high-tech, as were their empire’s roads and other civil engineering projects. At one point, the C&O Canal near where I live was high-tech, obsoleted within a decade or so of its peak by the railroad.

I’ve even read that tea was high-tech in England ~200 years ago: laborers drank ale to soothe weary bodies, information-workers drank tea to boost mental capabilities. (IT industry and caffeine, anyone?)

Now, here I sit, typing on an iPad, wirelessly loading the words via 3G to a server thousands of miles away. I have a Master’s degree in Artificial Intelligence… Or am I a master cartographer who lives by the sea? Guess I’ll just have to listen to the rain falling and the waves crashing to be sure.

The photo, above, is a panorama I took in Costa Rica, at one of my favorite thinking spots.